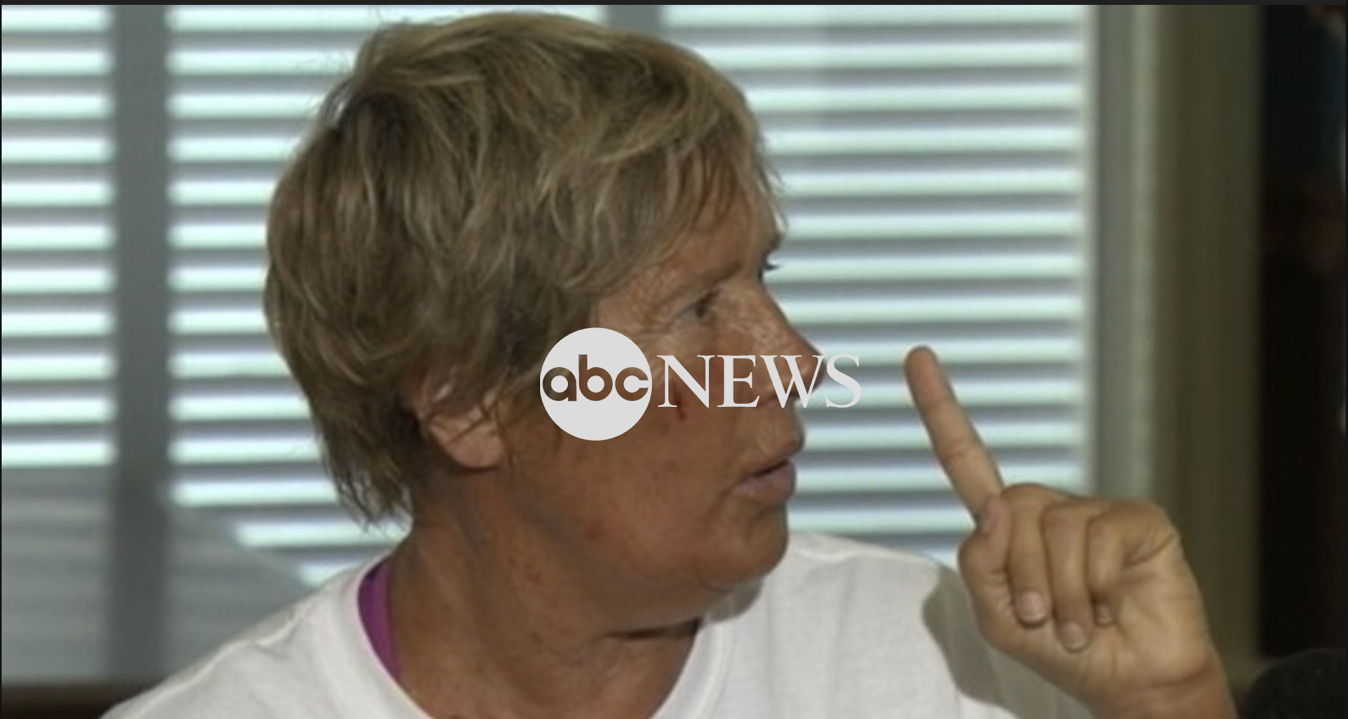 All times approximate. Nyad is speaking unless otherwise noted.

Dan Kloeffler (newsguy): “She is getting all this attention for making this huge accomplishment.”

[7:35] There are clear, empirical reasons that great swimmers, faster swimmers than I, younger swimmers than I, have tried since 1950 and, except with the aid of a shark cage—and, by the way, a shark cage is not just for protection from the animals, a shark cage, as the structure moves through the water, brings vectors of curling currents around the sides—this is how Jack LaLane moved the Queen Mary with his teeth—they come around the back, those vectors, and they start pushing the structure forward.

[13:43] Here comes the good part. John Bartlett tells me during Sunday, when I was trying to recuperate myself, and my handlers are trying to get any food they can think of [talks about food, but doesn’t go back to Bartlett]….

[14:44]…And Bonnie said, “I’m gonna’ tell you three things. One, John Bartlett says the stream is going right where you’re going. We are traveling north, and it is, it’s a vector that is helping you invaluably. You can’t, you can’t understand what it is.”

And Angel has said she’s swept the whole area because of the tides and the full moon being eleven days before [and] a number of other factors, that I didn’t need to wear the mask on Sunday night. I wore the full suit, the gloves—no neoprene, not allowed. But she put the sting stopper all over me, and she said, ‘you’re gonna be alright.’” And I trust this woman.

[15:27] And then Bonnie said to me, “and I’m gonna give you another piece of good news: you’re never gonna put that suit and mask on again.” And I said, “what do you mean, what about Sunday night, uh, Monday night” She said, you’re not going to be swimming on Monday night.” [cheering]

[16:15] It’s pitch black. A squall—we have a squall contingency. We’re never gonna get out. You’re never allowed to get out on this thing. But we are…contingency…we go [and] shark divers come they stay with me. They formed a circle around me. These strong guys. And they’re not out there joking. This is serious stuff, and they know that…they’d already heard me talkin’ about the Taj Mahal. They know I’m not quite in concrete reality anymore. And I was cold. So Nico would put his light up, and he’d say, “Diana, this is due north, c’mon, c’mon, let’s breaststroke, just come toward me, c’mon, get you warm.” And so I’d swim a little bit so I’m making due north and John had already told us the gulf stream is going due north.

[16:55] Then, when the squall was over, how long were we apart from each other? [“1:20, 1:20” from audience]. Okay, one hour and twenty minutes, boom, the configuration comes back together, we’re going, and Bonnie says, “I want you to look at something.” And I said, “what?” She says, “look over there.” And I look, and there was a…diffuse white light at the horizon. And I thought, okay, the sun’s gonna come up soon. That’s cool—I’m gonna make it through the night, ’cause the days are a lot easier. And she said, “Oh know, that’s not the sun. That’s Key West”

[28:30] John Berry, when we were goin’ in on the boat, he signaled me to get—well we’re about a mile out I guess—to get very close to the boat so they could guide me. It was very important that no one touch me, ’cause you’re disqualified. After ALL that, somebody comes up and hugs you and says, “great job.” DONE!

In response to a question about who certifies the swim…

[41:45]  Now, when it comes to swimming, you know, it takes them awhile to vet records. They uh…. We had two independent observers over there—Janet Hinkle and Roger McVeigh…. [thanks them] They took copious, accurate notes. They’re not part of the team. Um, so they’re independent and, at some point, the Swimming Hall of Fame or the Marathon Swimming Hall of Fame will call them and say, “let’s sit down with you,” and, you know, “did she ever get out on the boat, did she ever put on a pair of fins.” You know, and all the things that they observed will go…it takes awhile to have records declared. But for today, I think John Bartlett has named it 110 miles…. [more on exact distances, times]

But I’ll tell you the absolute truth. When I was in my twenties, you know, the ego gets in the way, and uh pats on the back by the public and all these things mean alot. I’ll tell you the truth, I’d sit back stage now before I’m going to give a speech, and people say, “oh, and she’s in four halls of fame and she doesn’t mean a thing to me anymore. Nothing. Nothing.” I mean, fine, believe me…I get some awards I’ll be gracious about it but, people, peoples’ individual reactions mean everything.

[43:49] Questioner: When Chloe McCardel did her [unintelligible] the thing that she told me was that she didn’t do it until she thought that you were definitely quitting so that she wouldn’t rain on your parade. But there were also a few things where you were kind of a little upset [unintelligible]

Nyad: You know, it’s not my ocean, I don’t own it. And many people have tried. But I have to say that—and I told Chloë this, and Penny—we’re competitors. So we can have tremendous respect for each other. Nobody knows what we feel out there like each other. So I - I - I was, I didn’t want Chloë to make it. I just…was honest. I was honest with her about that. She didn’t want me to go before her and make it. It’s history. It’s the Mount Everest of oceans. It’s epic. And so, you know, you want to be the first. It always means something. Had Chloë made it, would that I wouldn’t do it? No, because the dream is too strong. I still woulda’ gone. But as it turned out, the fairy tale worked out very nicely.

Um, but as far as other team members that have been with me before going with them, going with other expeditions, you know, it’s a learning process out there. So, you’re a shark diver, and you’ve never been any…anywhere near any expedition like this before. You’re brought out, and now you learn the operation. And you start to develop your own plans as to how to make it through safely, what else you can bring to the party. You see where I start in Cuba. Why. You learn about the jellyfish from our blogs and from the team members…. So I consider a little bit of a traitorous action when someone leaves the team. Bonnie’s telling me to try to retract that, but… [45:42]

Bonnie Stoll: I think Diana meant to say that she’s really happy that Chloë McCardel did try it and she…Diana wanted to be the first.

Stoll: …and she didn’t want Chloë to make it.

Nyad: But I didn’t want [her] to be stung or really hurt or die. Anyway, we’re all competitors, like the first person to do anything, you want to be first. I can’t blame her for trying. I certainly had my chances….

[49:25] Tim [Wheeler] has made an astounding film…. It’s coming to Showtime in November…. The name of the film is The Other Shore — finally reached. And Tim also was here yesterday shooting, so that he can massage that ending that I wanted.

Yesterday, when she came out of the water, she seemed very lucid. She seemed very cognizant of where she was at, despite the fact of saying that she had hallucinations….