During the summer that Diana Nyad turned 27, she attempted to swim the English Channel three times without success. She never returned to try again. 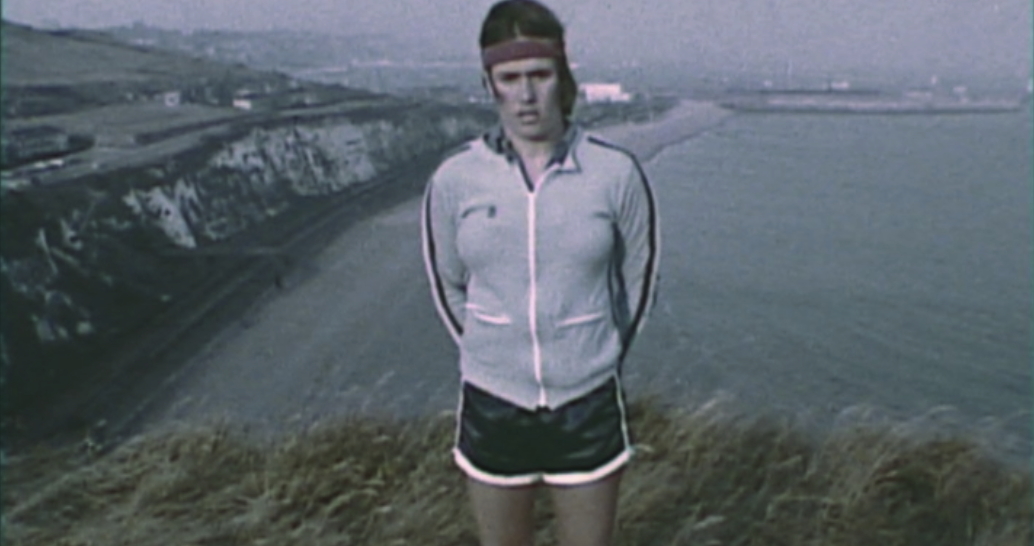 Screenshot from Courage To Succeed, the documentary about two of Nyad’s three English Channel failures.

“The only…world-class swim I had tried and failed at back in my twenties was going from Cuba to Florida.”

Nyad devotes an entire chapter of her first memoir, Other Shores, to her three attempts to complete the world-class swim. What’s more, she brought along a film crew to chronicle what she must have assumed would be a grand triumph (check out the t-shirt). The resulting documentary, Courage To Succeed, covers her first two tries. The film crew leaves before the third (or so Nyad says, but I’ve received contradictory information.)

Diana celebrates her 27th birthday—August 22, 1976—in Dover, England, waiting for the weather to clear. No woman had yet completed a two-way crossing of the English Channel. Nyad wants to be the first.

She anticipates swimming up to 30 hours, which was wishful thinking. In 1976, Jon Erikson held the two-way record of 29 hours and 50 minutes. But in all but one of her 10 races against Erikson, he beat her handily—once by almost an hour and a half. (In 1981, Erikson became the first person to complete an English Channel triple.)

On August 24, Nyad finally gets her shot. At 12:13 a.m., she wades into the Dover Strait and begins stroking toward France. The conditions are ideal: smooth water and almost no wind. American Richard Davis Hart will cross that day in 9 hours and 50 minutes.

Nyad gives up after an hour and a half. “I don’t like to be known as a quitter,” she says afterward. “But I quit.”

Above: Diana Nyad ends her first English Channel attempt after about 90 minutes of swimming. Footage from Courage to Succeed.

Nyad tries again on August 30. But the Channel becomes “a mass of breaking whitecaps,” she writes in Other Shores. The weather is “a greater force than anyone could battle.” Her crew yanks her out again. This time, though, she congratulates herself. “August 30,” she concludes, “was without a trace of doubt my mental and physical best” (Other Shores, p. 134).

But Courage to Succeed tells a different story: bumpy seas, yes, but few if any caps, white or otherwise—accept the one on Nyad’s head. And she succumbs not to “force 6” winds (ibid) but to a cramp.

Above: After getting a cramp, Diana Nyad ends her second English Channel attempt. This was nothing new for Nyad—just a month earlier, a cramp caused her to quit her effort to swim across Long Island Sound. (Footage from Courage to Succeed.)

On August 31, Erdal Acet of Turkey crosses in 9:02, setting the men’s record. On the same day, twenty-year-old Wendy Brook, a student-teacher from Yorkshire, England, races across in 8:56 to become the first human to break nine hours.

A reader pointed out that four swimmers set English Channel records that August, the most in any month in history. “It screams GOOD conditions,” he noted. The other twe were American Tina Bischoff’s overall and women’s mark of 9:03 on the 3rd; and Syria’s Marawan Saleh’s men’s record of 9:27 on the 18th.

However, the same reader pointed out that well-prepared swimmers don’t require good conditions to complete the swim. Plenty of athletes emerge victorious after battling seas at least as rough as Nyad faced. (For example, see clips from Paul Newsome, Sorcha Barry, and Dori Miller.)

After attempt number two, Nyad’s film crew leaves—or doesn’t. But Diana, desperate not to be seen as a quitter, tries to browbeat her pilot into taking her a third time. No go. On September 5, 16-year-old Chris Sifleet of Devon, England, completes the crossing in 14:56.

At 11 a.m. on September 6, Nyad, having snagged another navigator, begins her third and final attempt. She swims for a few hours before giving up again. She blames failure number three on cold water. That same day, two swimmers complete the crossing: the UK’s Kevin Murphy in 15:32 and Canada’s Cynthia Nicholas in 10:20.

Nyad never comes back to Dover. Nor does she ever mention her English Channel failures, though she often brings up the Channel itself:

In 1977, Cynthia Nicholas returned and completed a two-way. Not only did she become the first woman to do so, but she shattered Jon Erikson’s by almost ten hours. In 1990, Britain’s Alison Streeter became the first woman (and third person) to complete a triple.

Last year, American Sarah Thomas became the first human to complete a four-way crossing. Except for a little jag at the end, Thomas made it look like a walk in the aquatic park, though it was anything but.

In the early seventies, Nyad said that she skipped the English Channel because it was too easy. “[I]t doesn’t prove a thing,” she declared. “Everybody and his uncle has done it.” The filmmakers who accompanied her to Dover, though, recorded her telling a different story:

[D]uring the last 100 years, there have been almost 2000 attempts to swim the English Channel, and these are the best and the strongest swimmers in the world. Less than ten percent have made it. It’s true that in this sport, in my sport, unlike the 100-meter dash or the mile run, it’s not always who has the most talent and who has developed the most speed, but it’s who has the heart, the guts, and the courage. (14:50)

After her failures, Diana decided she was right the first time: piece-of-cake swim, but you gotta get lucky. As an American, though, perhaps she neglected to consider the value of sustaining herself with salty meat paste rather than sour grapes. 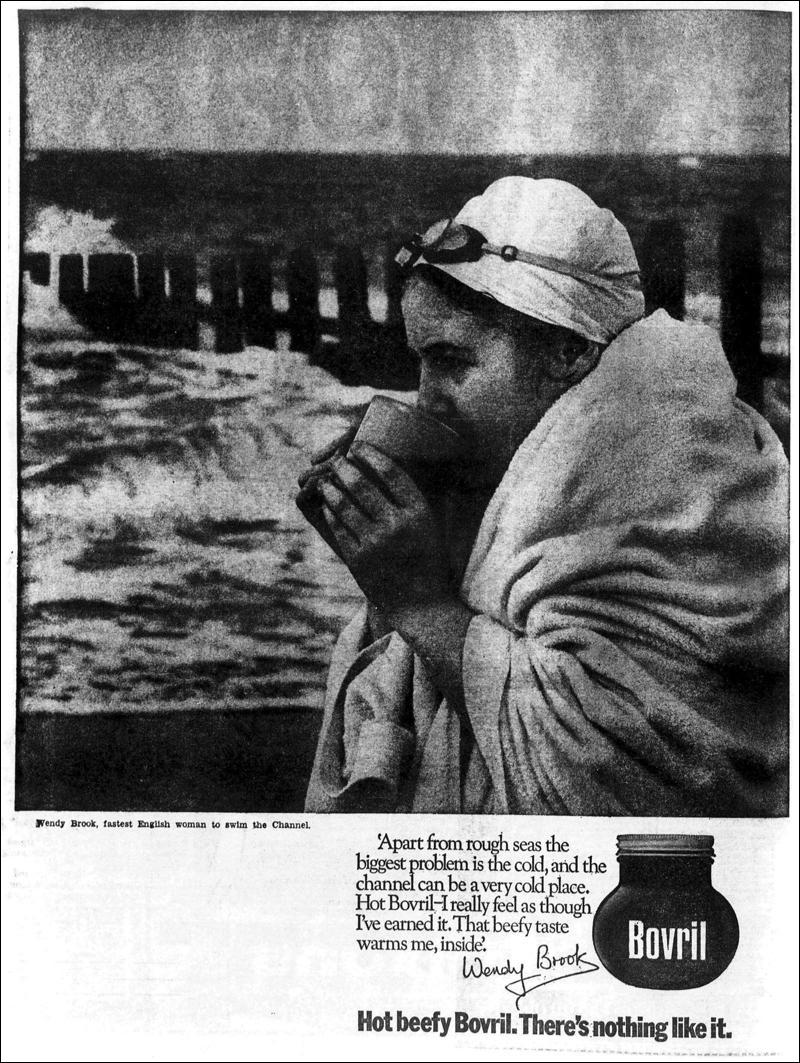 “The Captain and Diana”

• Swimming the English Channel at dover.uk.com

Nyad usually keeps her insecurity stuffed into a dark corner of her soul (to paraphrase Diana Nyad). Occasionally, though, her self-doubt makes a run for it. She records this monologue after failure #1.